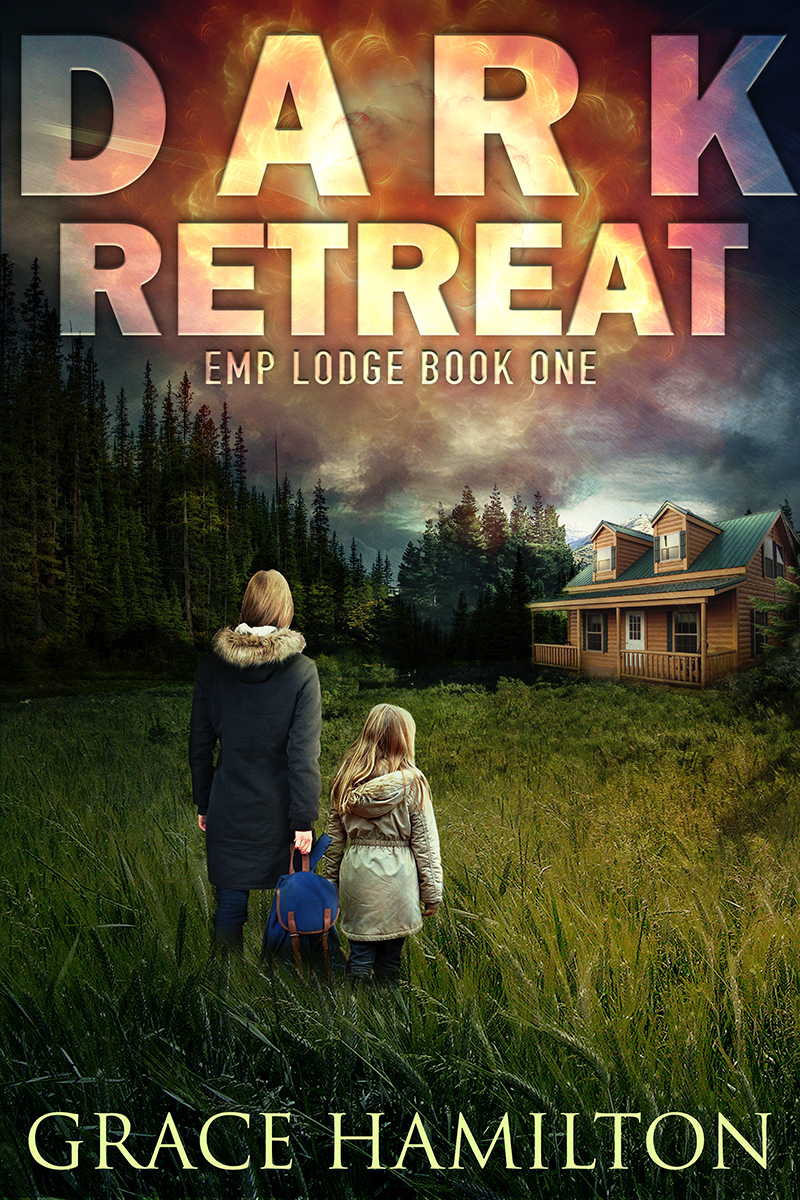 Three months after life as she knows it was decimated, Megan Wolford has only one goal: protect her daughter, Caitlin, at any cost. When a mysterious illness strikes Caitlin down, Megan is forced to forage for medical supplies at a remote lodge. The last thing she wants is help from her fellow survivors when so many in her life have let her down—but soon she’ll find herself with no other option.

Ex-Navy SEAL Wyatt Morris is doing everything he can to hold his family together after the tragic death of his prepper Dad, so when Megan enters their lands, he is mistrustful at first despite feeling drawn to her. He won’t turn away an ill child though–no matter how deadly the world has become. But the arrival of another stranger named Kyle soon gives them all a new reason to be suspicious. Wyatt knows he’ll have to forge alliances in order to keep his family safe, but trusting the wrong person could be a deadly mistake.

When Megan and Wyatt discover her daughter’s illness may be linked to Kyle’s arrival, it sets off a race to discover the truth before it’s too late to save Caitlin—and the rest of the Morris clan. Can they work together for survival . . . and something more?

Get it now!
Get the audiobook! 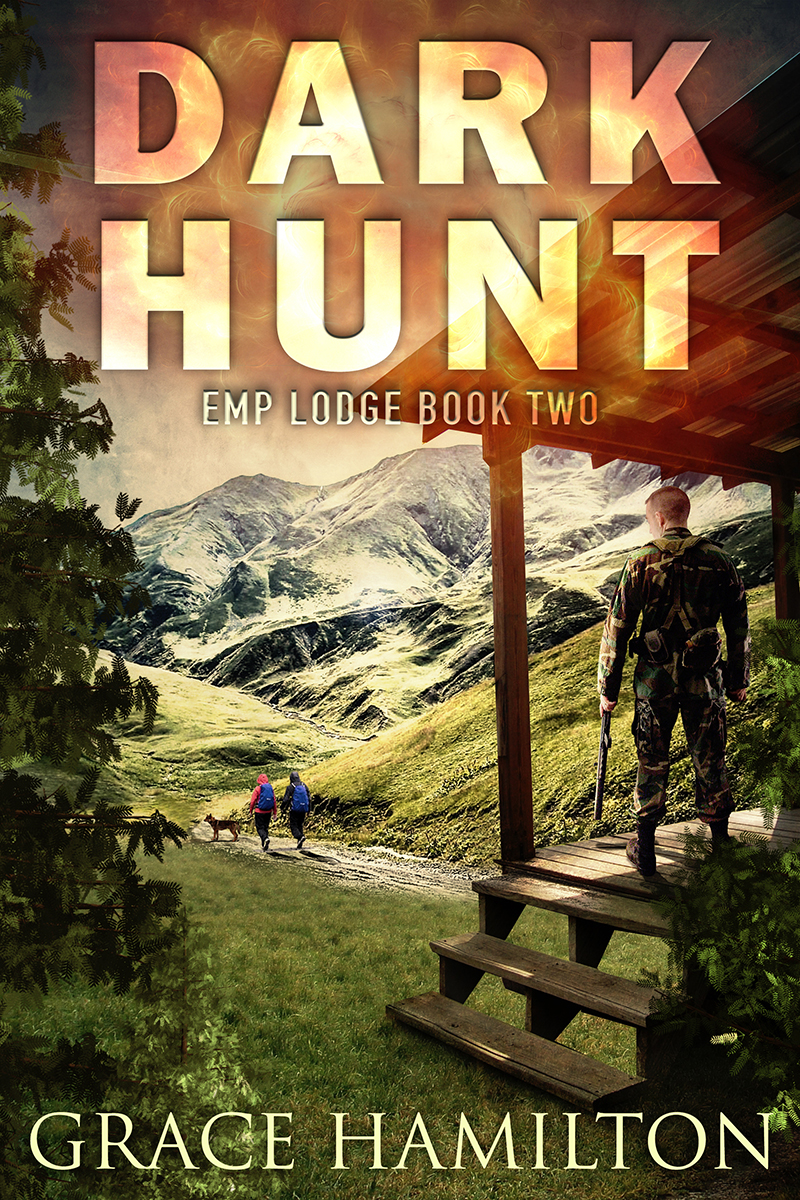 In the post-apocalyptic aftermath, Megan Wolford is settling in with her makeshift family at the safe haven of their lodge, but she remains wary of trusting others. Despite her growing feelings for Wyatt Morris, the leader of the group, she still feels most secure on her own. But when she becomes separated from her beloved daughter Caitlin in a storm, Megan is in danger of losing the one thing keeping her fighting to stay alive. Injured and desperate, she must fight every instinct within her to rely on the others for help when they find evidence that Caitlin has been kidnapped.

Wyatt is determined to do everything he can to bring her home, and he organizes a search party to visit a set of old adversaries in the guise of traders to try and find the missing girl—but Megan would rather take matters into her own hands. With Megan setting off alone to face unknown enemies, she is more vulnerable than ever. When a mysterious stranger known as the Green Woman appears to be a lead in finding Caitlin, she’ll have to track her down.

Can she put aside her stubborn need for independence and accept help from her newfound community before it’s too late? 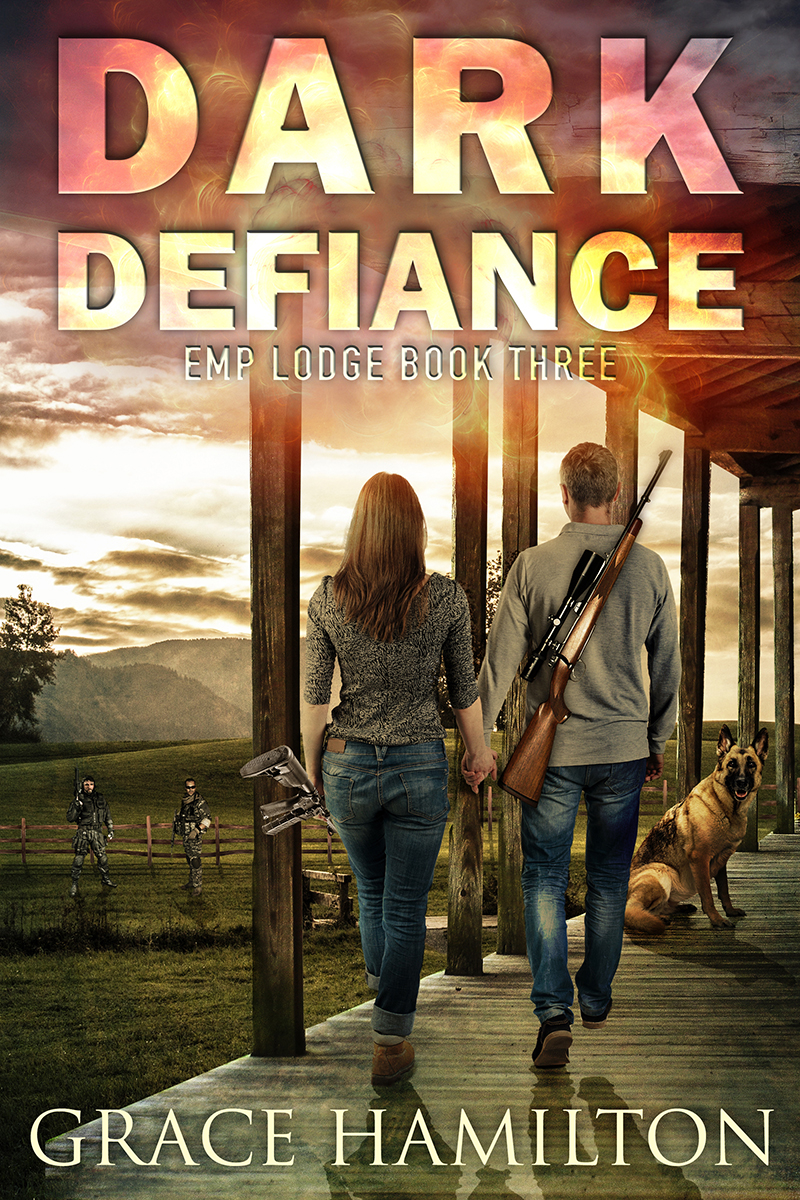 Strength in numbers can make the difference between life and death—but only the right numbers.

Megan Wolford has finally found herself a family she and her young daughter can rely on in terrifying times. Their group is small, but they trust each other with their lives—and Wyatt is showing her day by day how to love again. With a long winter looming, they’ll have to hunker down in the lodge in order to survive, but there are deadlier threats to their safety than harsh conditions.

When a neighboring group is struck by ruthless raiders led by the fearsome Connor McDaniels, they must form an uneasy alliance with Megan’s new family. She doesn’t take kindly to newcomers, but they will need every pair of hands they can get to fight off the raiders. After McDaniels turns his sights on Megan’s people, she plans an assault that will put an end to the threat he poses once and for all—she’ll need every person she can get at her side. But first, she has to learn to trust them. 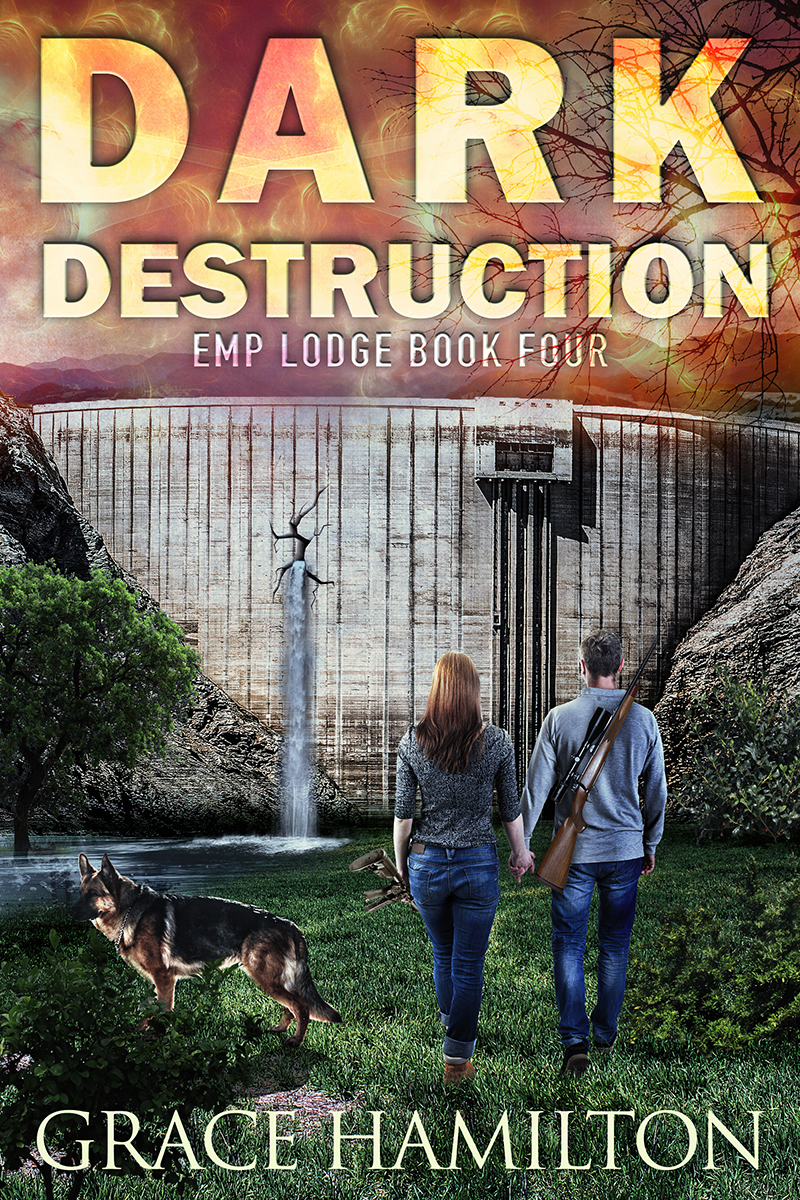 In this new dark world, responsibility for others is a heavy burden.

Megan Wolford is used to handling her own problems, so being part of a makeshift family, and all the responsibilities that come with it, is a new experience. She’ll do anything to help protect her newfound love Wyatt and the lodge group—but sometimes events are out of her control…

When a leak in a nearby dam threatens to flood the land they’ve fought so hard to keep, Megan and her group will have to make a difficult choice: stay or leave? Stopping the flood will require all their resourcefulness, prepper ingenuity and effort—but leaving it will mean the blood lost protecting it was for nothing.

As Wyatt reveals the true hidden value of the lodge, they’ll be forced to dig in and build a set of flood defenses to divert the incoming torrent. But with the leak growing larger everyday the survival of the group is anything but guaranteed—and little do they know, a force more malevolent than Mother Nature is behind the deteriorating dam… 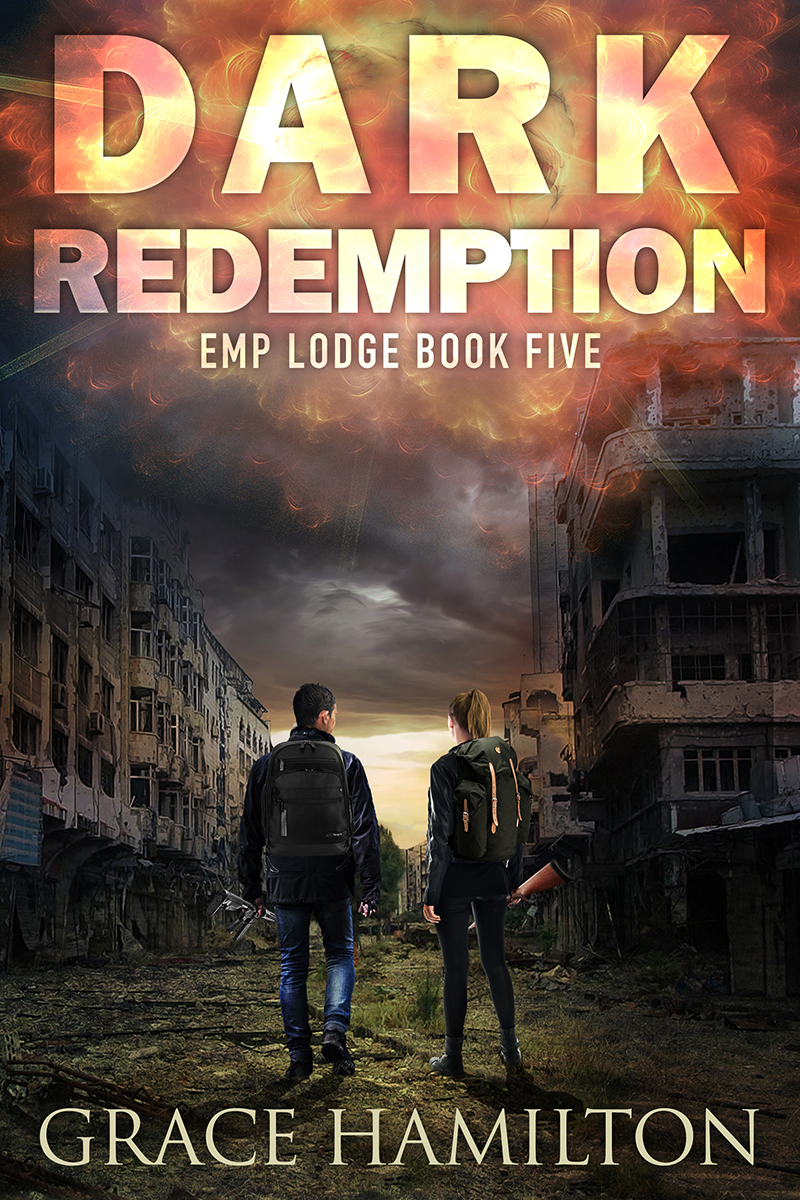 In a brutal world, sometimes forgiving yourself is the hardest part of survival…

Megan Wolford knows surviving this new post-EMP world means facing ever-changing threats. It has been months since Wyatt’s brother Jack was killed, and his newborn son shows signs of an illness no one at the lodge can cure. Megan blames herself for Jack’s death, so when the opportunity to help his son, Jack Jr., arrives in the form of a wounded US soldier guarding a mysterious box, she’ll do anything to redeem herself. The soldier is desperate to deliver the package to the National Recovery Unit, and Megan agrees to take on the mission in exchange for medical care for Jack Jr.

There’s just one problem: Mark Doyle, a ruthless former special ops soldier who would rather die than see the world return to what it was before the strike. Thriving in chaos, Doyle works for what’s left of the U.S. government to fuel his addiction to pain meds, but the last thing he wants is for the box to reach its destination. Delivery could signal the end of this now broken world.

Now, the group must battle their way through a ruined city filled with desperate gangs and scarce supplies to reach the NRU headquarters—all with a sick baby. But getting there will be just the beginning… they’ll soon discover the box contains a secret none of them bargained for. 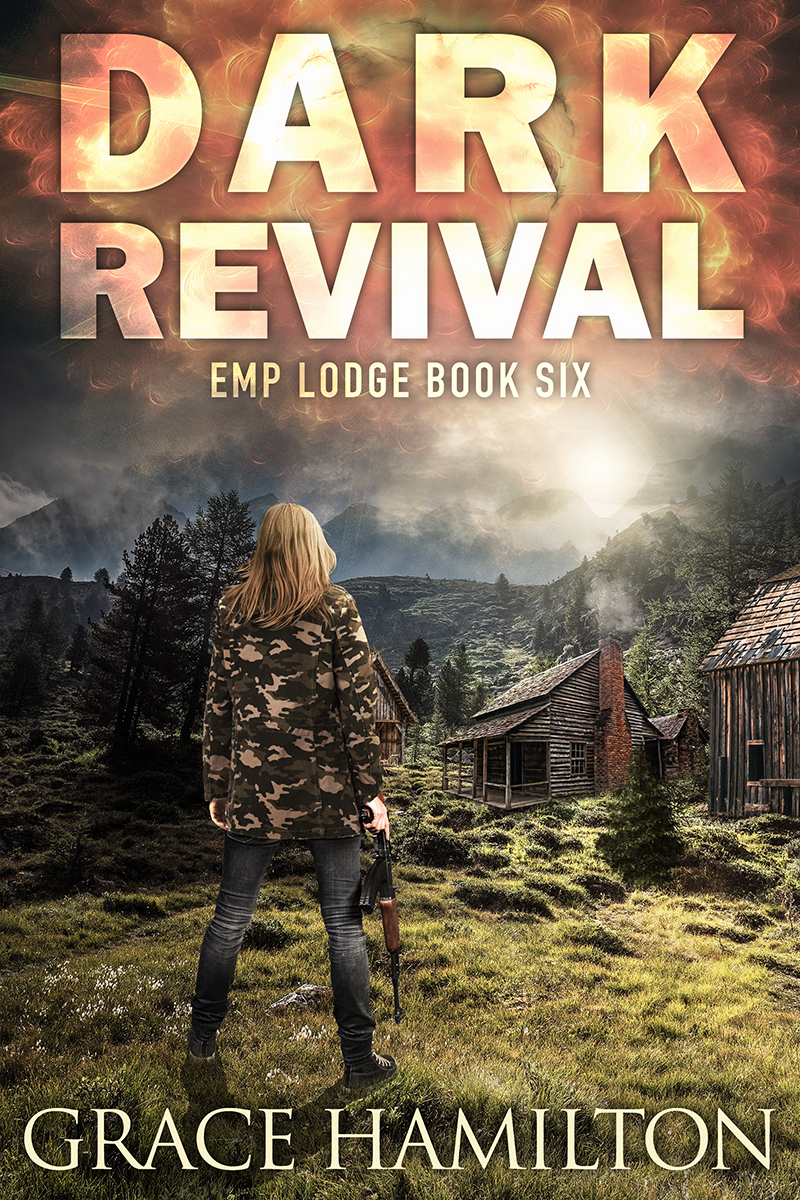 When lives are at stake, you can’t always rely on others—there are some things you have to do yourself.

Rushing back from the NRU, Megan, Wyatt and their party arrive to find anything but a warm welcome. Their home has been compromised by rogue soldier Neil Spraggat and a small army of men who are using the lodge as a base for a deadly operation. To make matters worse, during the takeover of the lodge Megan’s daughter Caitlin and Wyatt’s mother Rosie were forced to hide in the root cellar to avoid capture.

The remaining members of the lodge reconvene at an old hunting cabin to hatch a rescue plan, knowing time is of the essence. With limited resources and manpower, they must face a highly trained, elite military force—but Spraggat’s agenda is far darker than any of them could have imagined.

With the lives of her beloved daughter and newfound family hanging in the balance, Megan will only be able to rely on herself as the final step in America’s demise begins…